The S905X4 Quad-Core ARM Cortex-A55 CPU combined with the ARM Mali-G31 MP2 GPU provide high performance for your Android apps with fast video decoding and graphics. The 4GB of DDR3 RAM ensures your apps stay open and perform as they are meant to. There is 64GB of fast internal storage and a micro SD card slot on the side of the DroiX X4 Android TV box for further storage expansion.

Running Android 11 provides excellent stability and performance. With the included Google Play Store, you can effortlessly install and update from many thousands of apps and games on the DroiX X4. With the ability to switch between rooted and unrooted you have full access to your Android TV box, not locked unlike others. You do not even have to reboot to switch between rooted and unrooted!

The front of the DroiX X4 features a convenient LCD display to show the current time and can be switched off if desired.  On the side of the Android TV box are a USB 2.0 and USB 3.0 for connecting peripherals to such as the included fully featured DroiX G10S air mouse remote. You can use the G10S air mouse as a traditional remote or activate the air mouse to move the cursor with your hand, it is fast and efficient way of navigation. There is also a built-in microphone which can be used for voice search in supported applications.

The back of the DroiX X4 Android TV box has a 3.5mm AV port, optical output, 10/100 ethernet and HDMI ports. The HDMI supports up to 4K 60Hz with HDR10+, HDR10 and HLG for ultra-high quality video display.

The DroiX X4 comes with eShare which enables you to connect your Android, iPhone or iPad to the Android TV box. It is excellent for sharing content from your mobile device such as photos and media to the big screen TV, no more passing your phone around to show a photo!

Other supported apps include the excellent KDPlayer media centre for video, image and audio playback. You can install RetroArch for the ultimate in retro gaming, or if you prefer something a bit more modern you can stream the latest AAA Windows games with the Xbox Cloud Streaming apps. The possibilities are limitless!

The DroiX X4 is the perfect solution for transforming your TV into an entertainment hub. With the high-performance processor, access to many thousands of apps, an excellent G10S air mouse, it is the best Android TV box available! 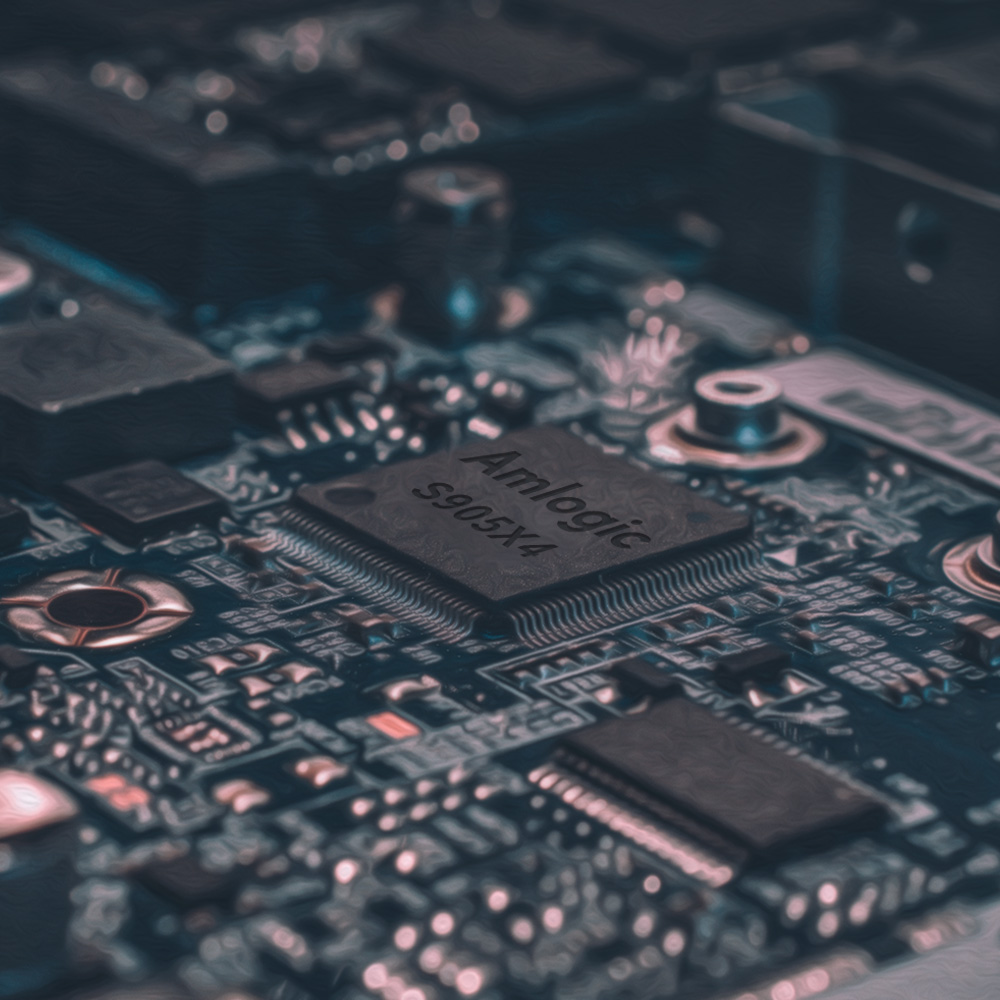 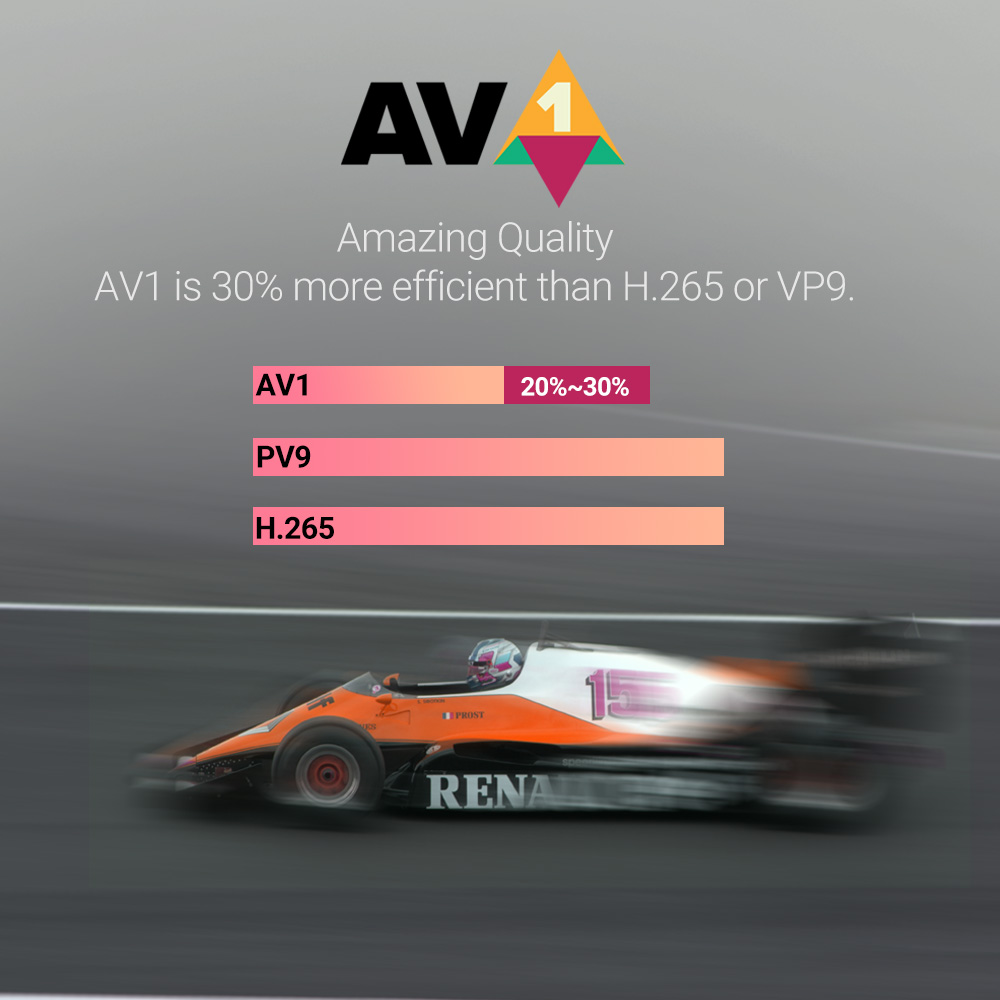 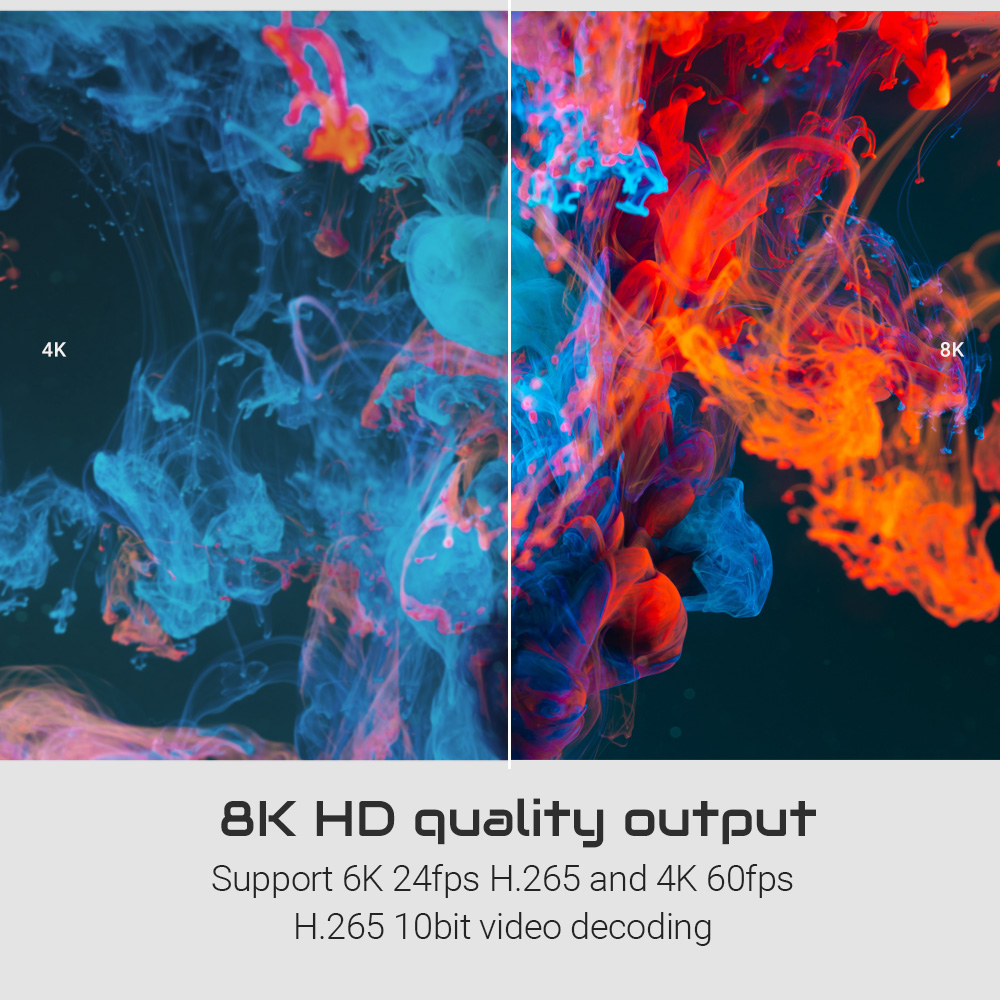 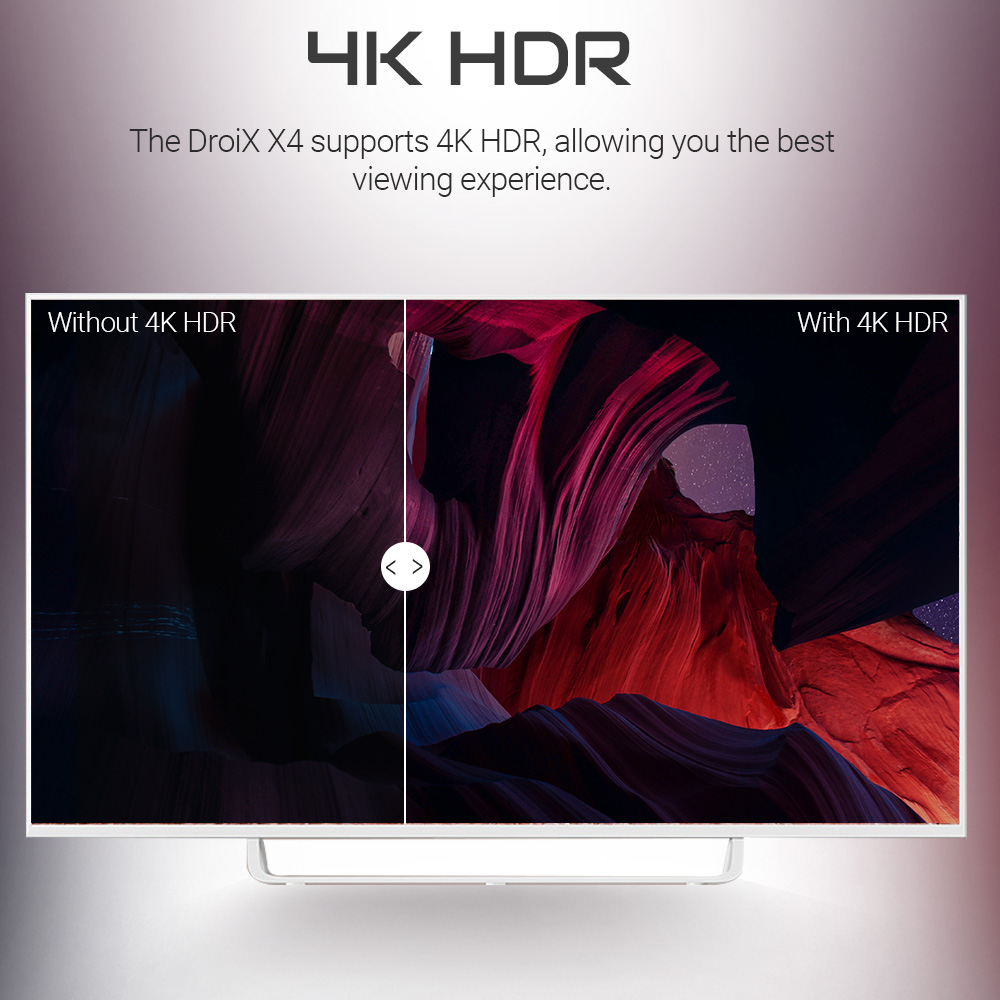 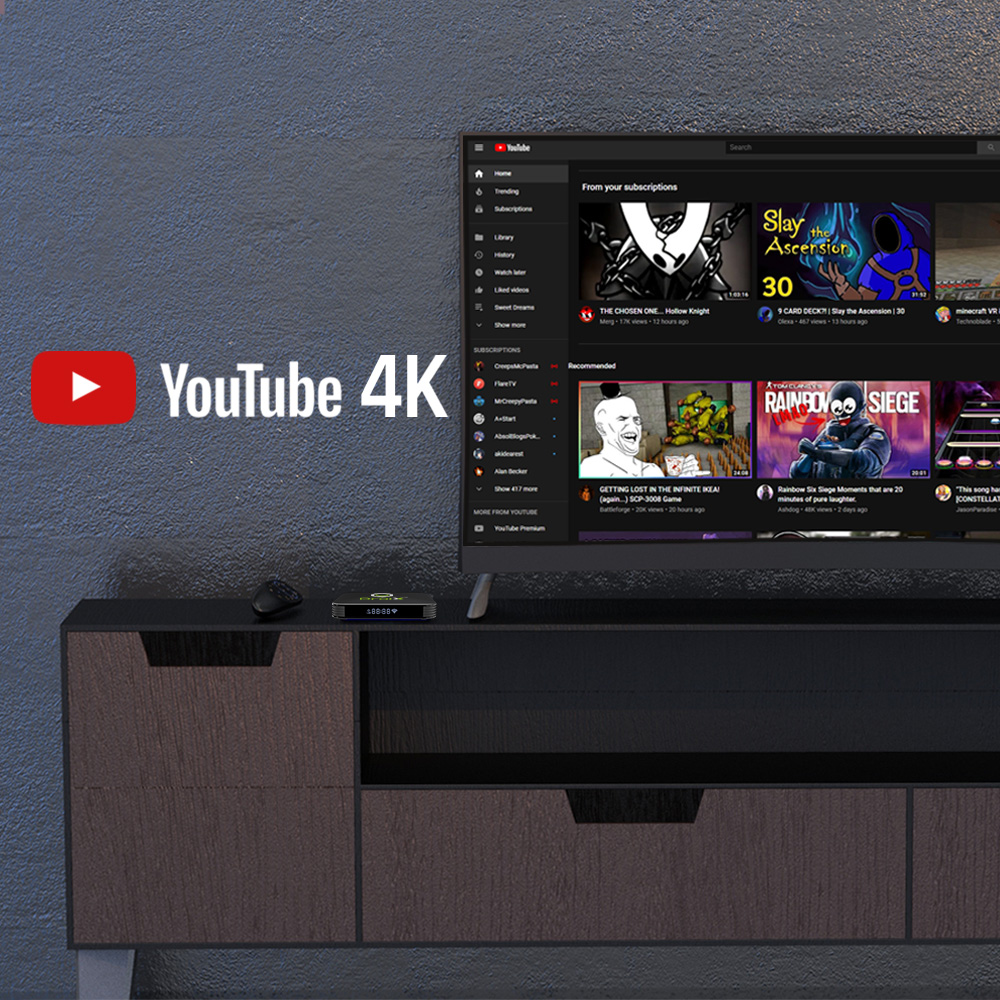 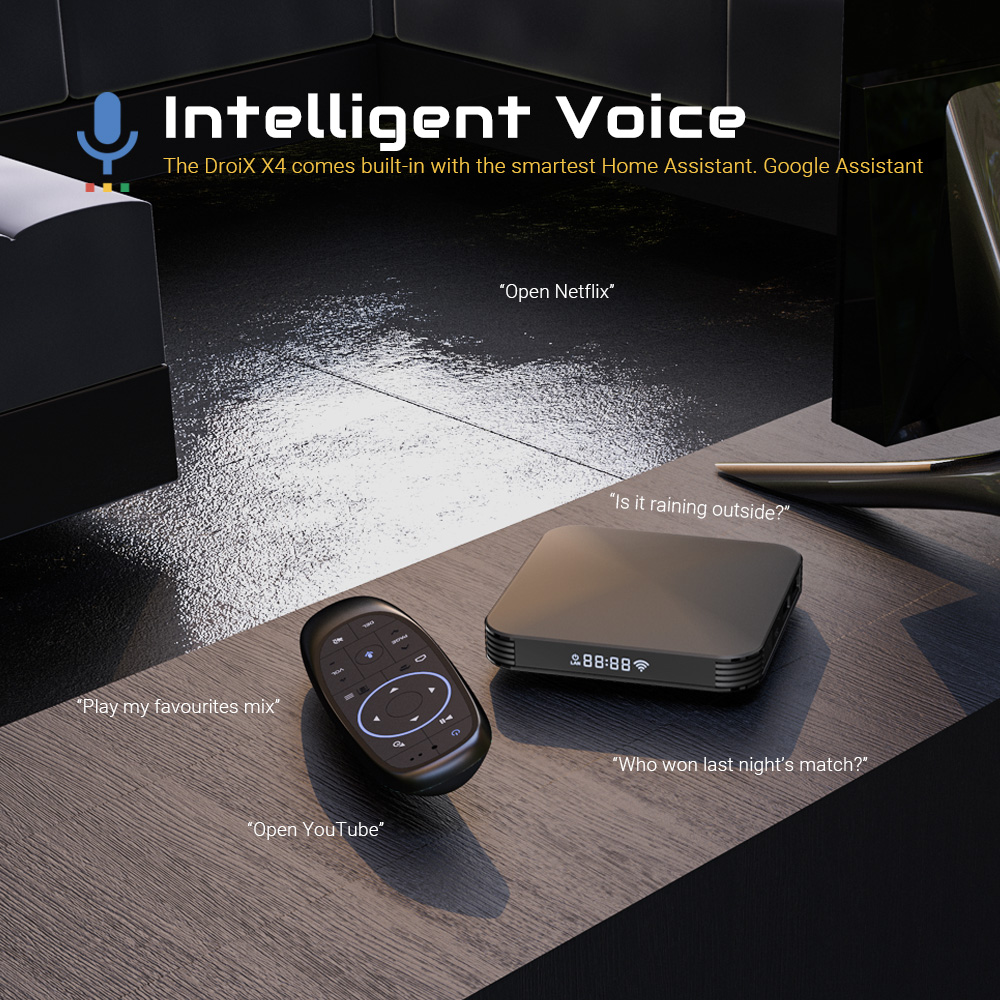 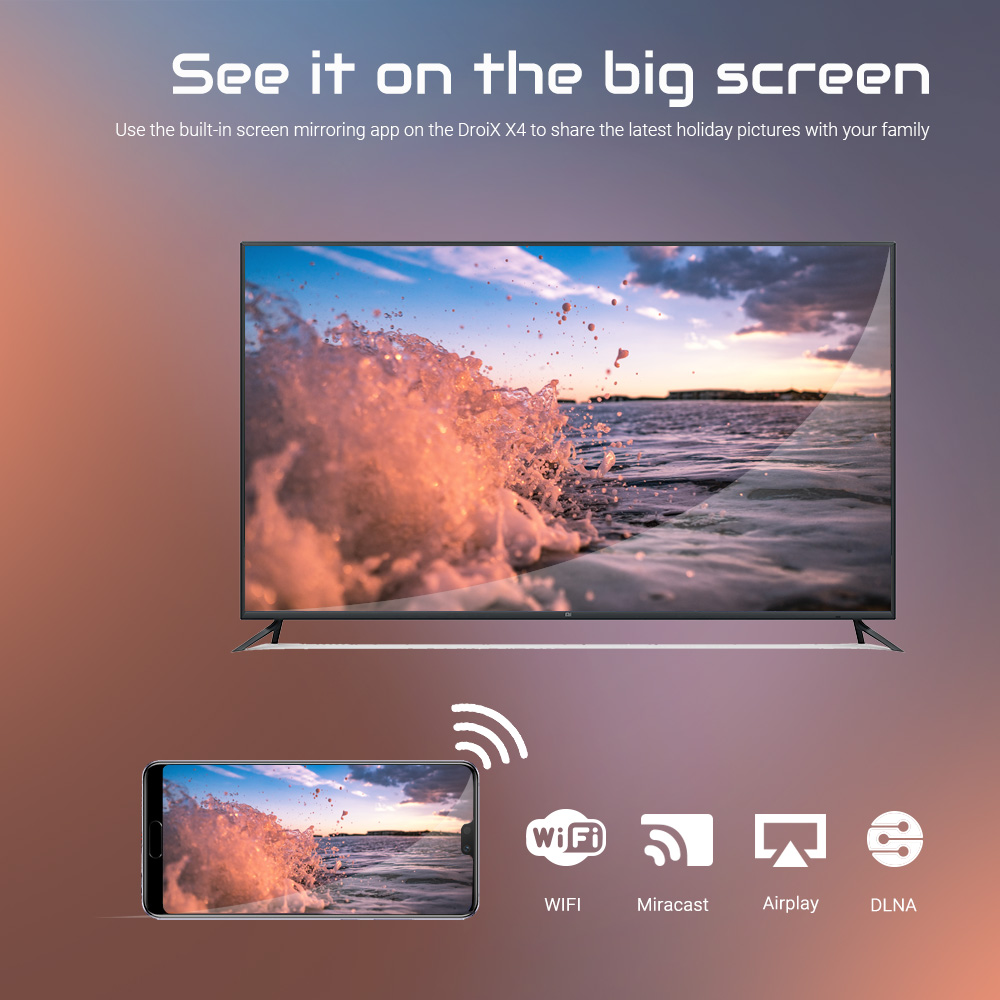 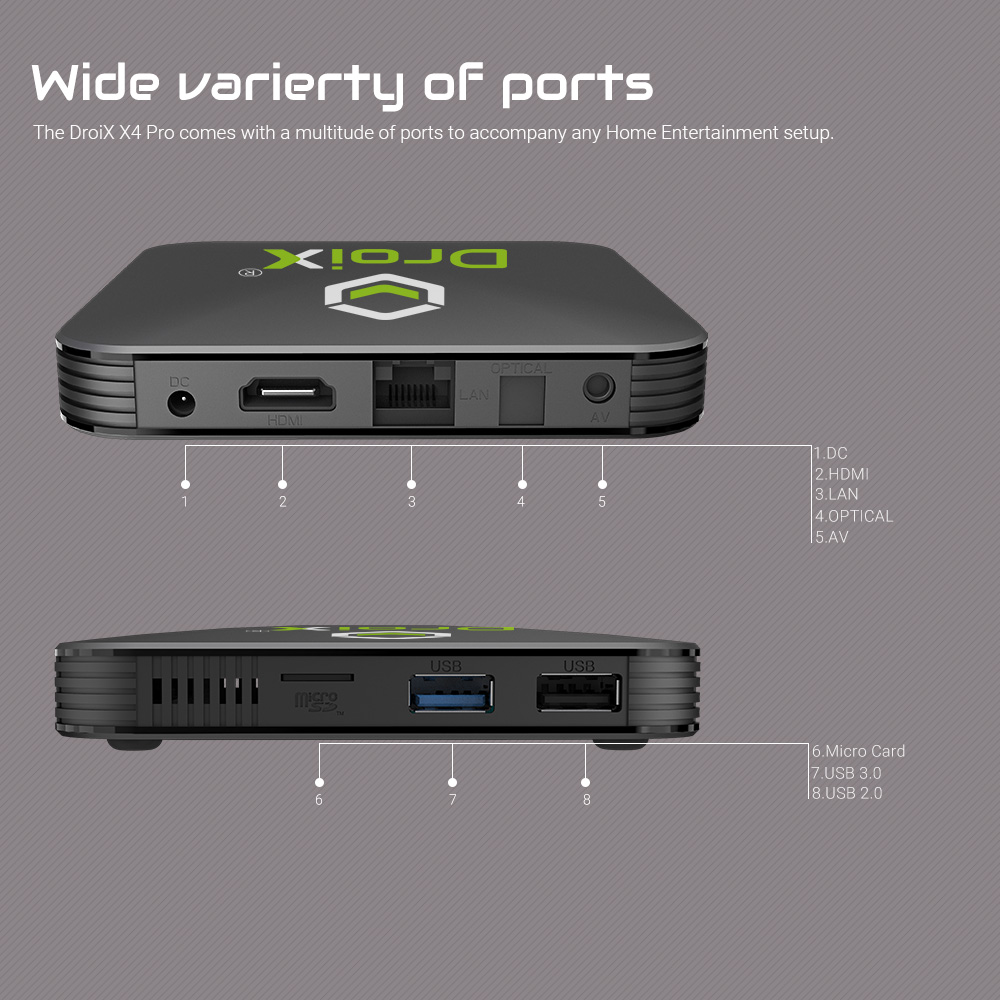 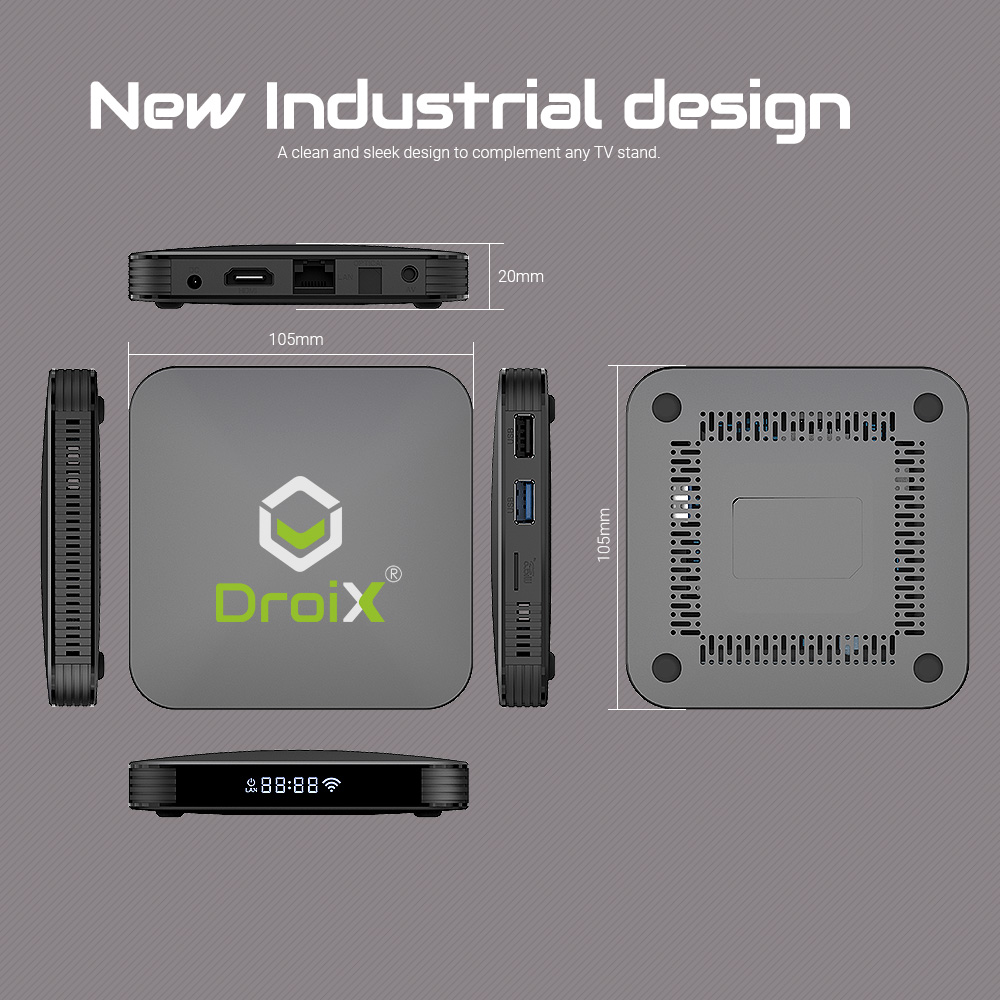 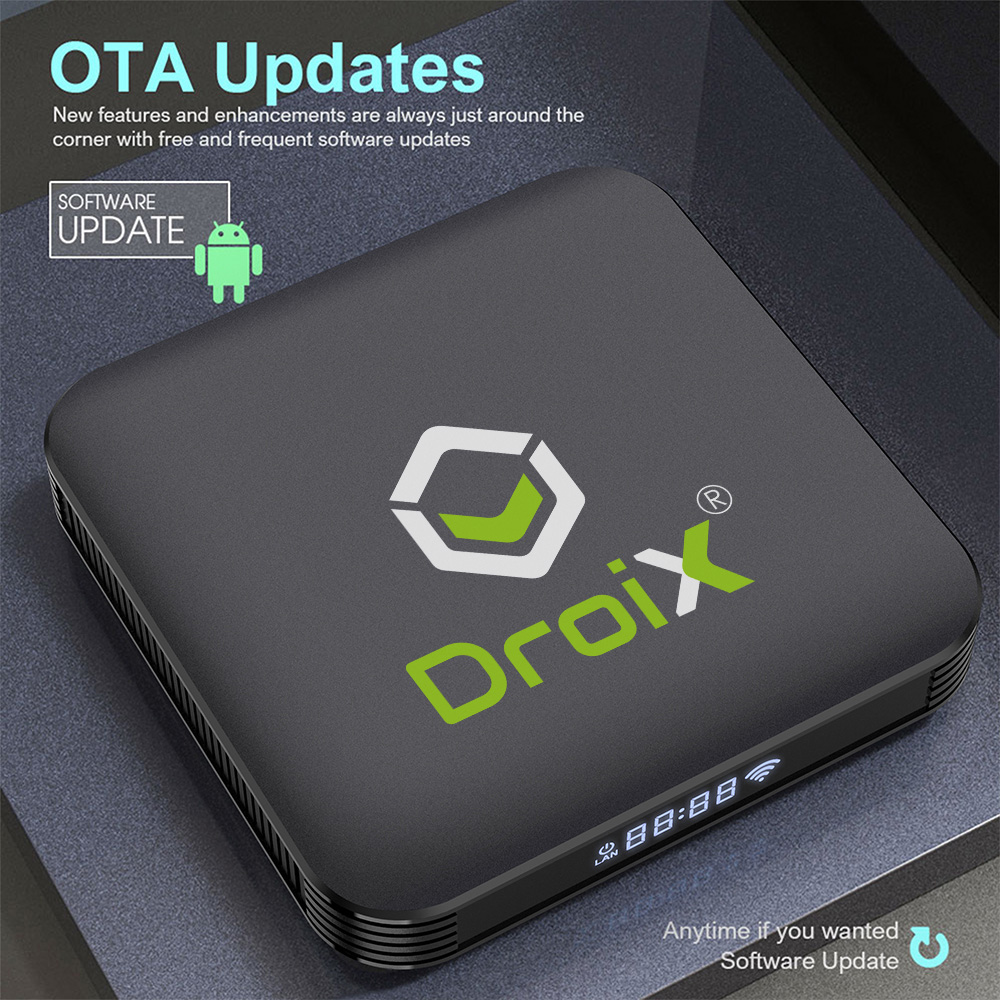 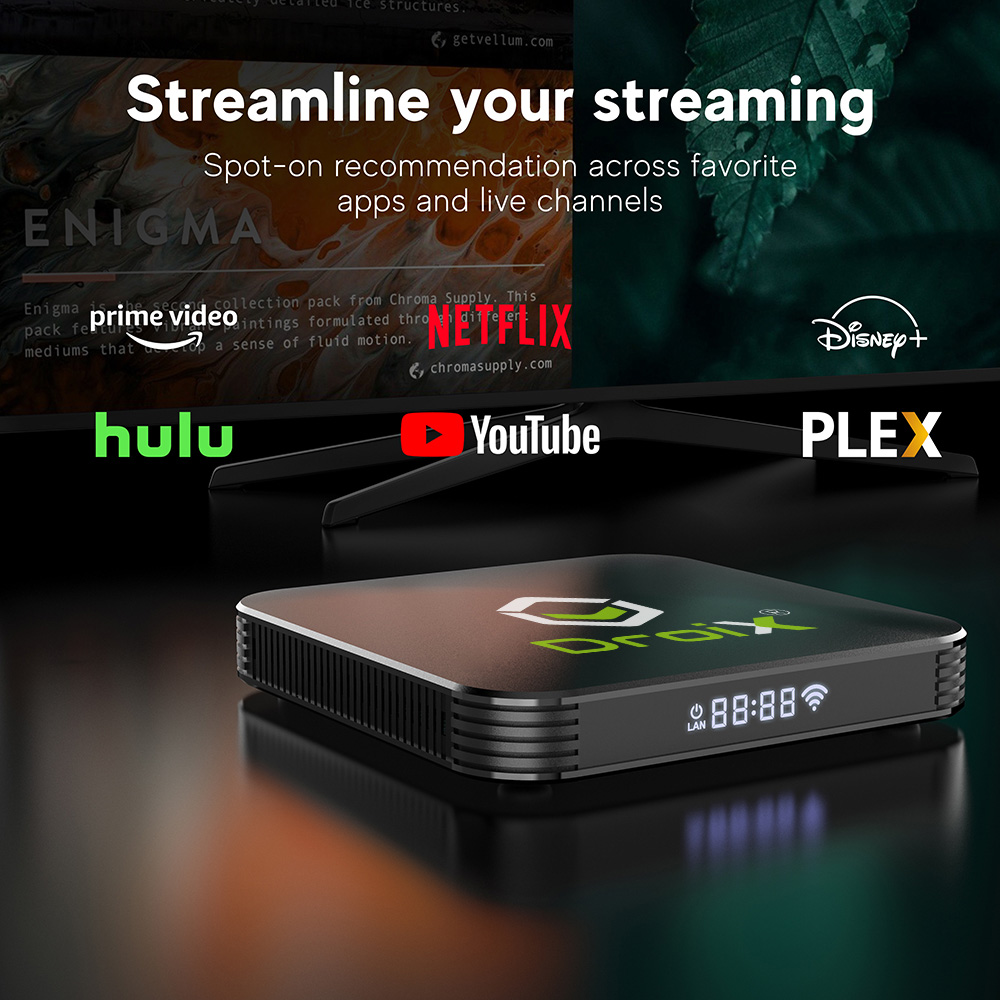