Get an email when this product is back in stock!

Under the hood of the X4 Pro is an Amlogic S905X4 chipset. With the power of the quad-core ARM processor included, and the 4GB of DDR3 RAM, the X4 Pro makes the perfect android box for streaming at home, as well as an excellent device for digital signage.

In terms of aesthetics, the X4 Pro keeps it simple. With a sleek, minimalist appearance contrasted by a front-facing clock indicator and an adjustable “breathing” LED, the X4 Pro fits comfortably within any home or workplace environment.

For interfaces, the X4 Pro also keeps it simple, with all the essentials present. Including a high-speed USB 3.0 port, a microSD card slot for expanded storage, and an optical port for digital audio output. This makes the X4 Pro very compatible as a digital singage controller.

The X4 Pro also runs Android 10, ensuring its compatibility with hundreds, if not thousands of apps available on the Google Play store – for many years to come too!

Whether you connect wirelessly or through a wire, the X4 Pro has you covered. With an ethernet jack rated for speeds of up to 100Mbps and Wi-Fi 5 functionality – the X4 Pro easily fits into a variety of network environments and can operate as a remote digital signage controller without any issue. 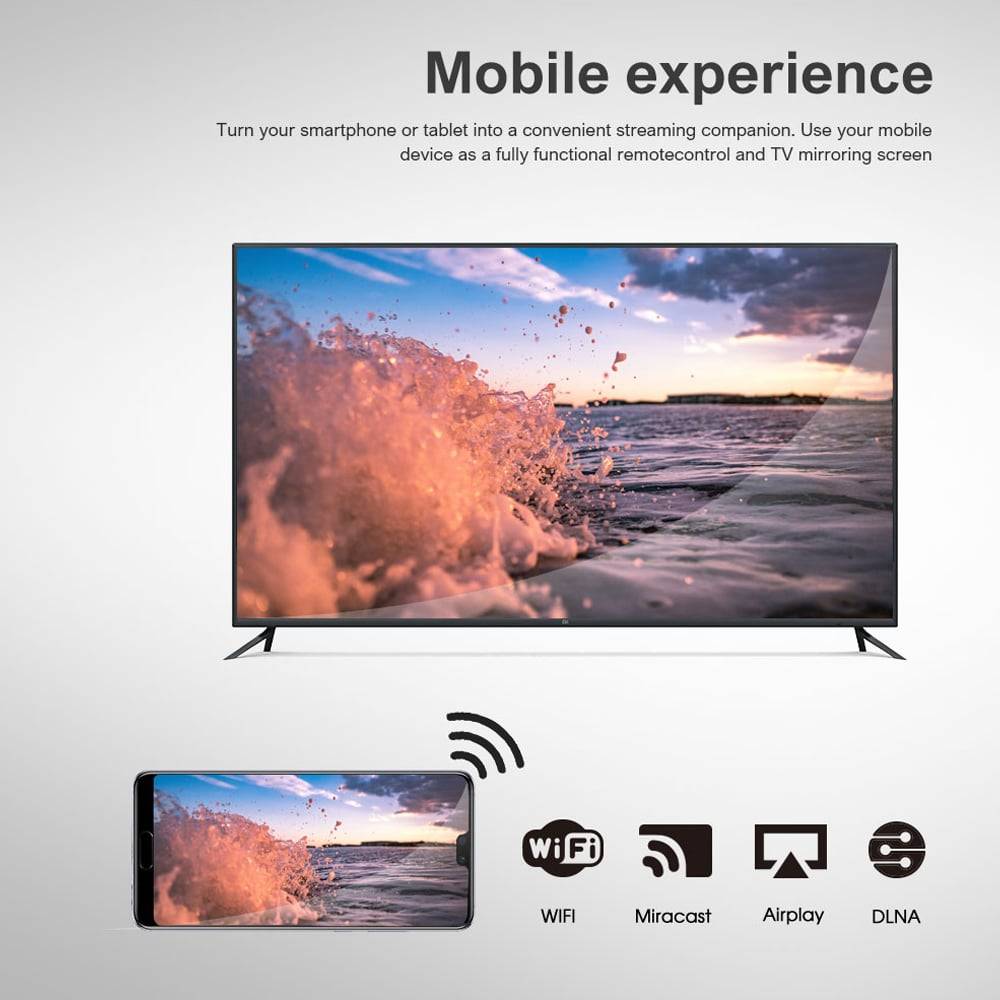 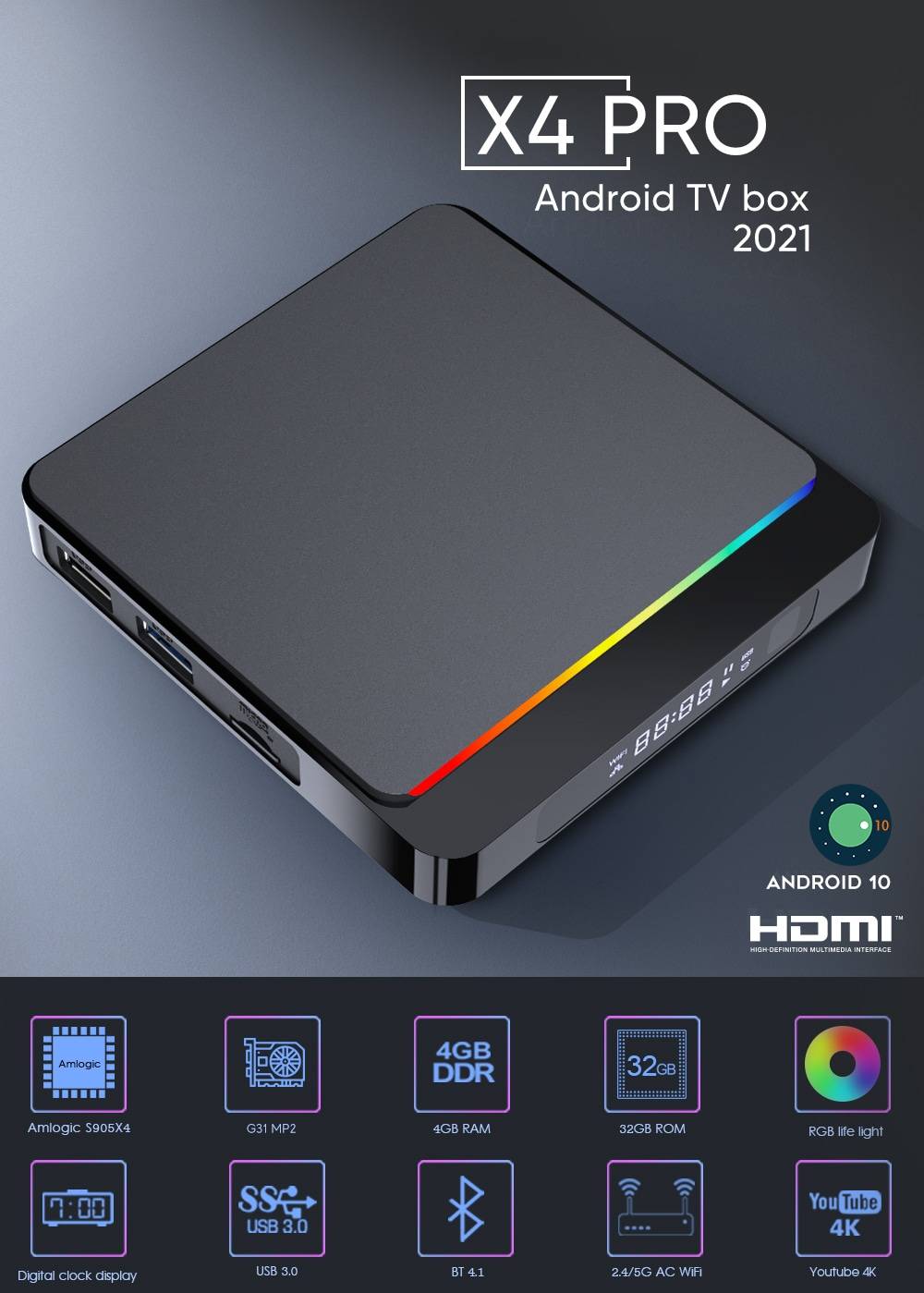 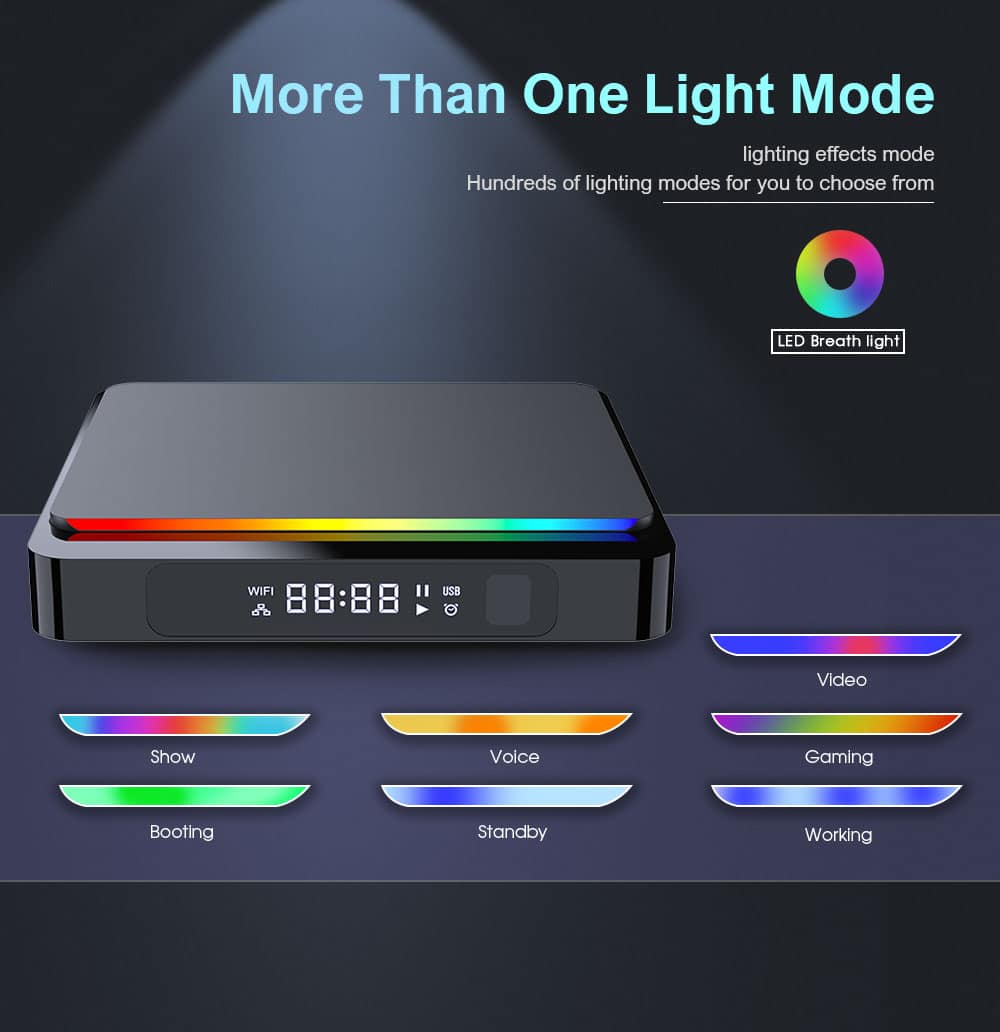 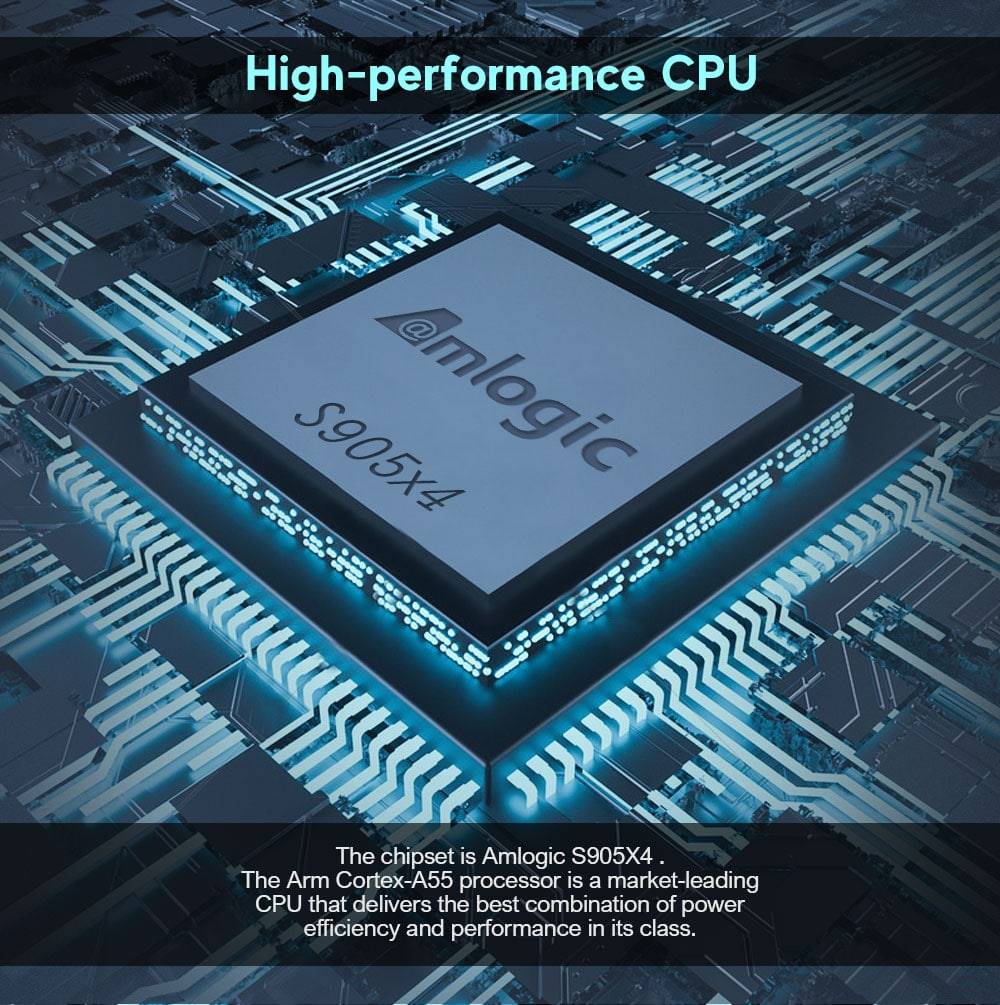 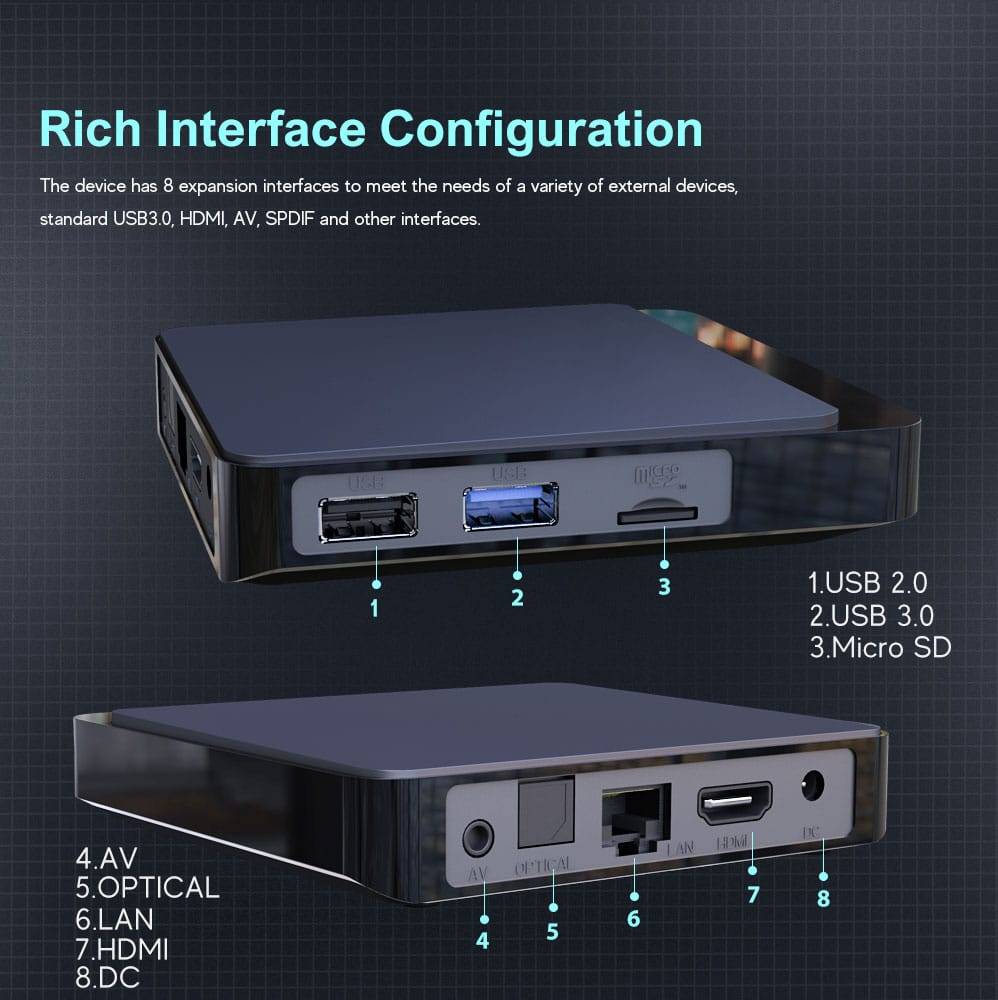 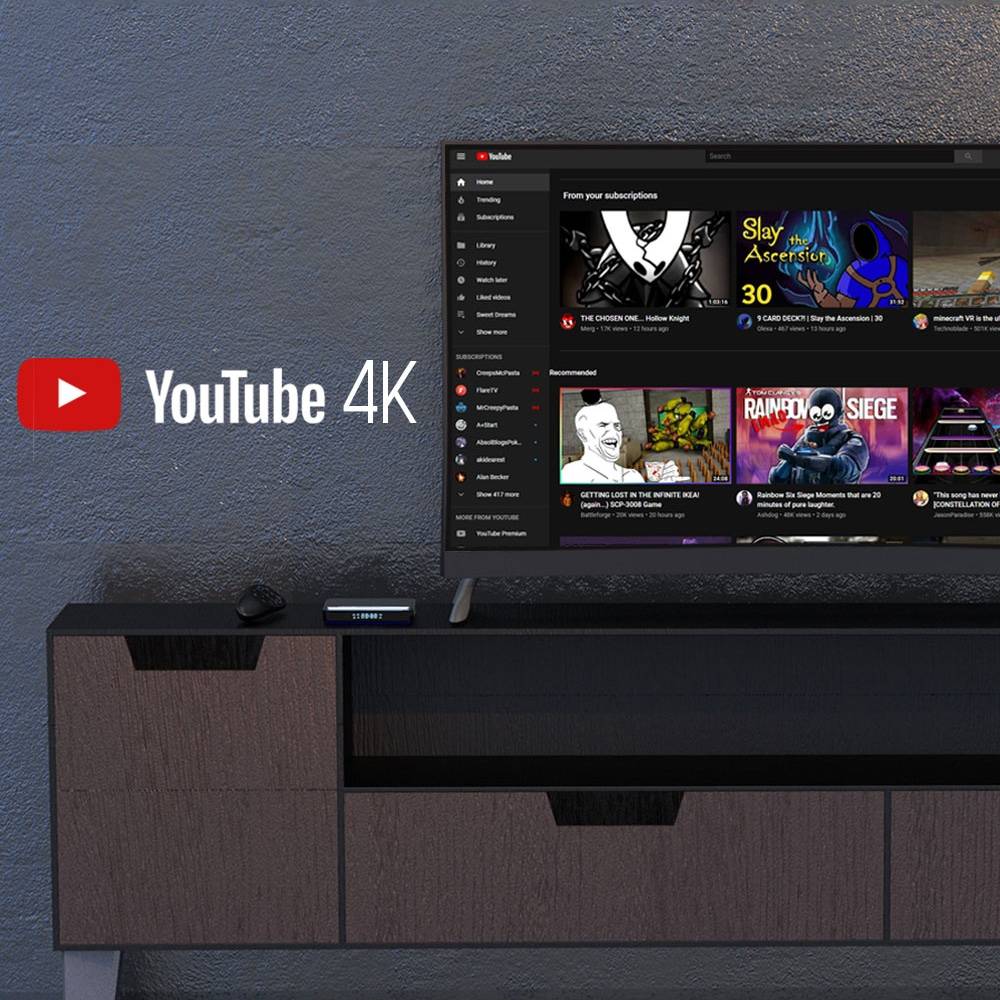 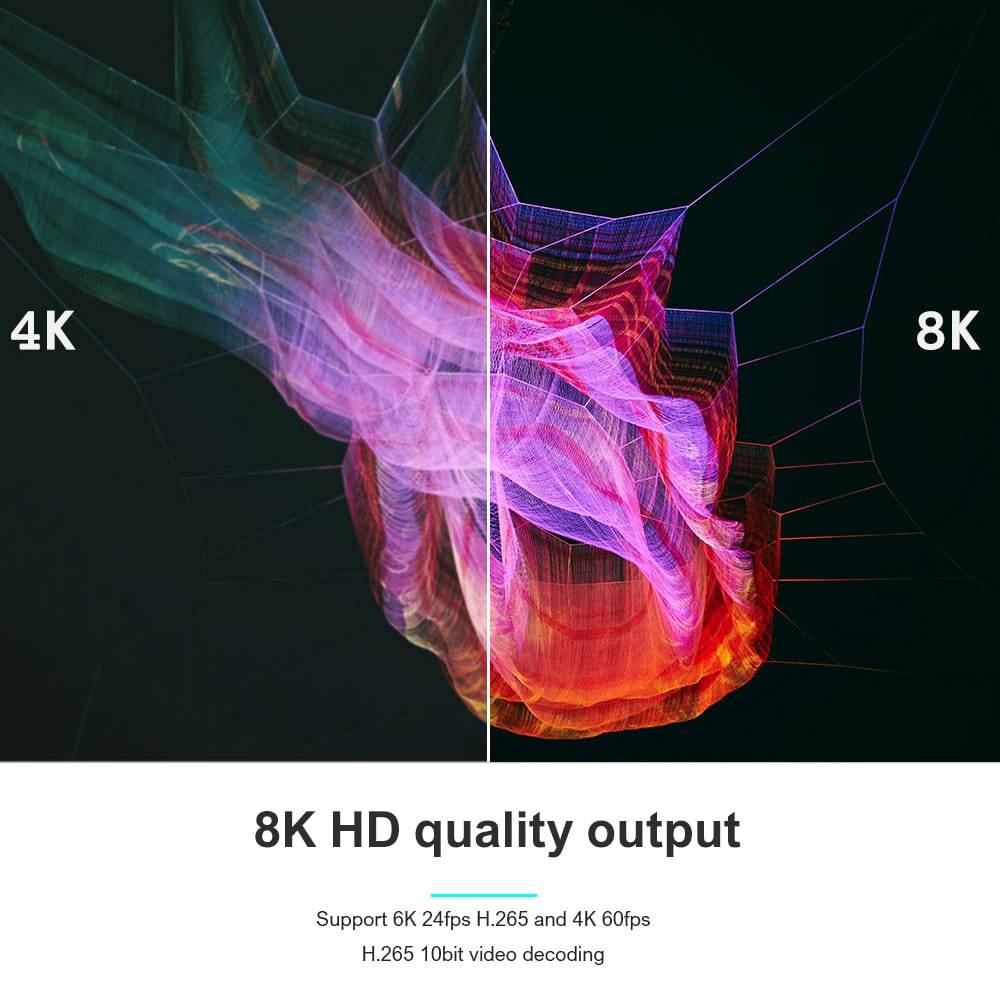