The RG503 retro gaming console is great for retro gaming on the go and continuing the fun on the big screen at home. Available in three colours; Blue, Bronze Grey and Black, the handheld measures 19 x 8.4 x 2.1 cm and weighs 235 grams. It is very portable and light to carry while travelling. It features a Samsung 4.95” OLED with a 960×644 resolution. It is the same display used on the Sony Vita and it looks great!

The RG503 has a high performance RK3566 Quad-core 64-bit Cortex A55 processor which runs up to a frequency of 1.8GHz. It is very capable of playing your favourite 8 and 16-bit retro games consoles as well as some 32-bit ones. You can find 1GB of LPDDR4 RAM which is plenty to run the operating system and the games. It comes with a 16GB Micro SD Card for the operating system which is based on Emulation Station and RetroArch. There is also a 64GB card included for the game’s storage.

When it comes to controls you are spoilt for choice on the RG503. There is a classic style D-Pad and two clickable analogue sticks. There are four gaming buttons, SELECT and START and Left and Right shoulder and trigger buttons. It is powered by a li-polymer 3500mAh battery lasting up to 6 hours depending on usage. It can be recharged by the included USB Type-C cable. There is also Wi-Fi support for playing compatible games online with friends as well as HDMI output to connect to your TV or monitor for some big screen action.

Included support for retro gaming consoles and systems are CPS-I, CPS-II, CPS-III, Final Burn Alpha, MAME, WonderSwan, MSX, PC Engine, Neo Geo, Master System, Mega Drive/Genesis, Game Gear, Dreamcast, PlayStation & PlayStation Portable. For many of the emulators that use RetroArch cores, you can use save states to resume exactly where you left off at later date.

The RG503 retro games console is ideal for those that enjoy gaming while travelling, and at home simply plug in the HDMI cable and you are big screen gaming. The powerful processor can run all the great 8 and 16-bit retro consoles and they look amazing on the high resolution display! 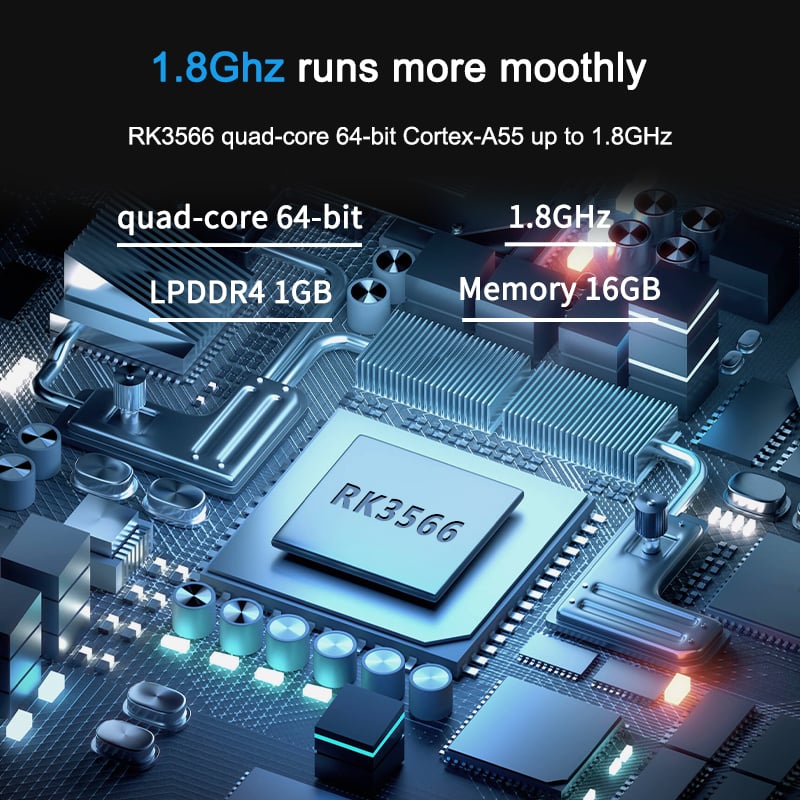 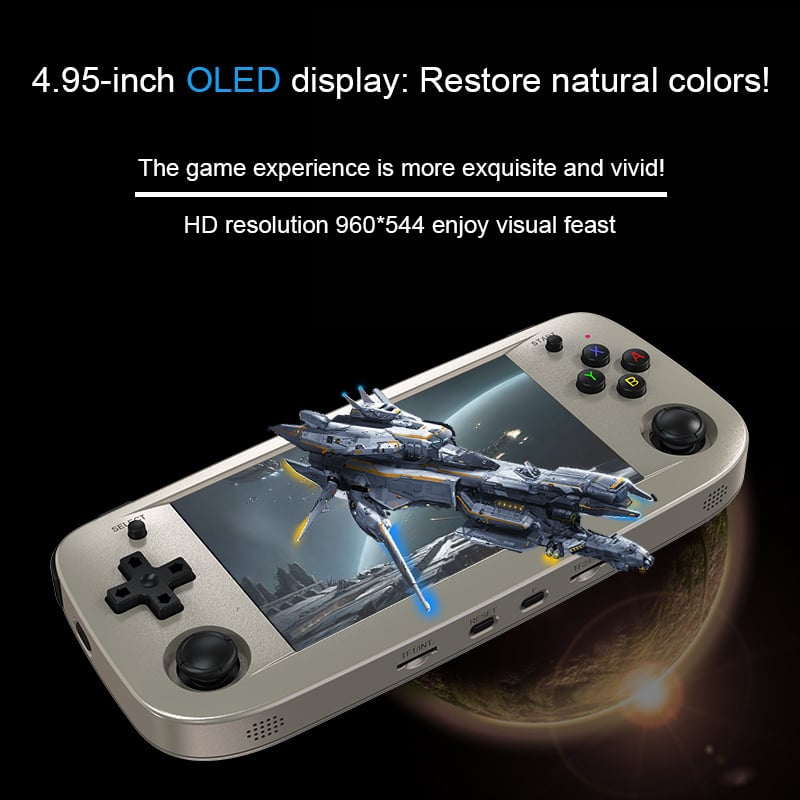 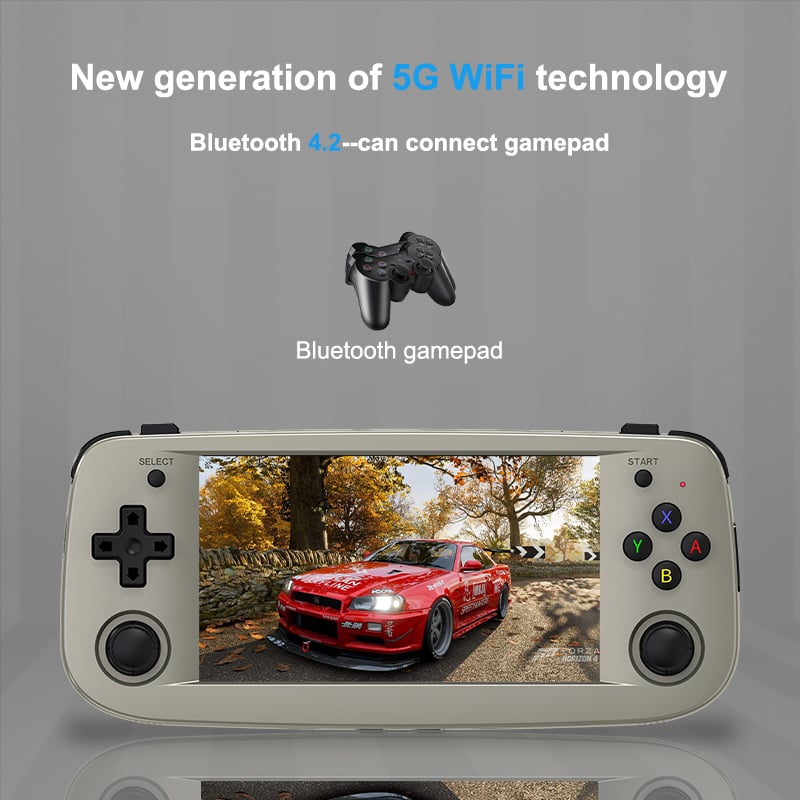 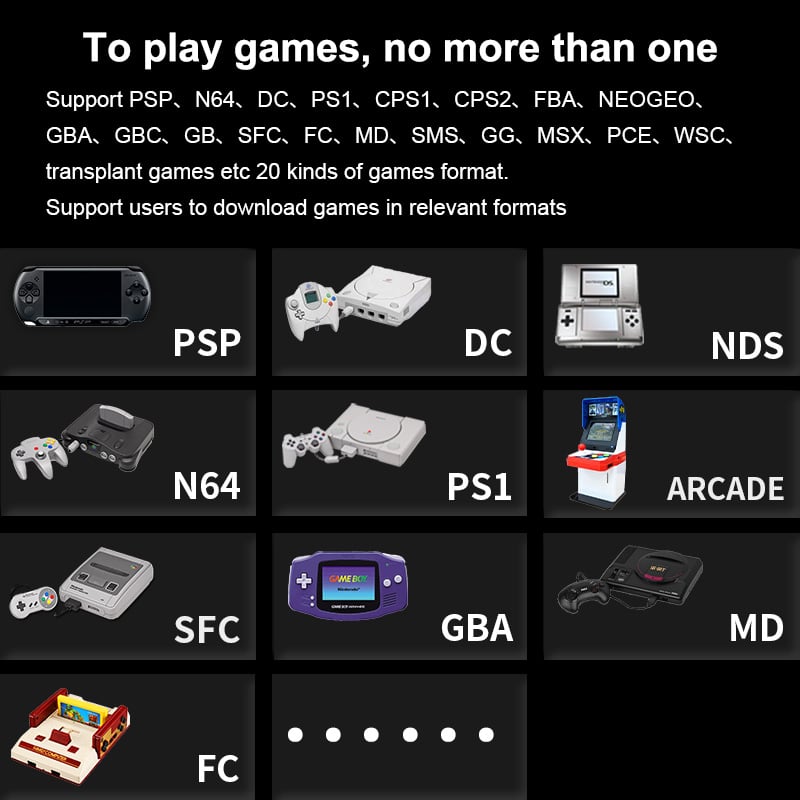 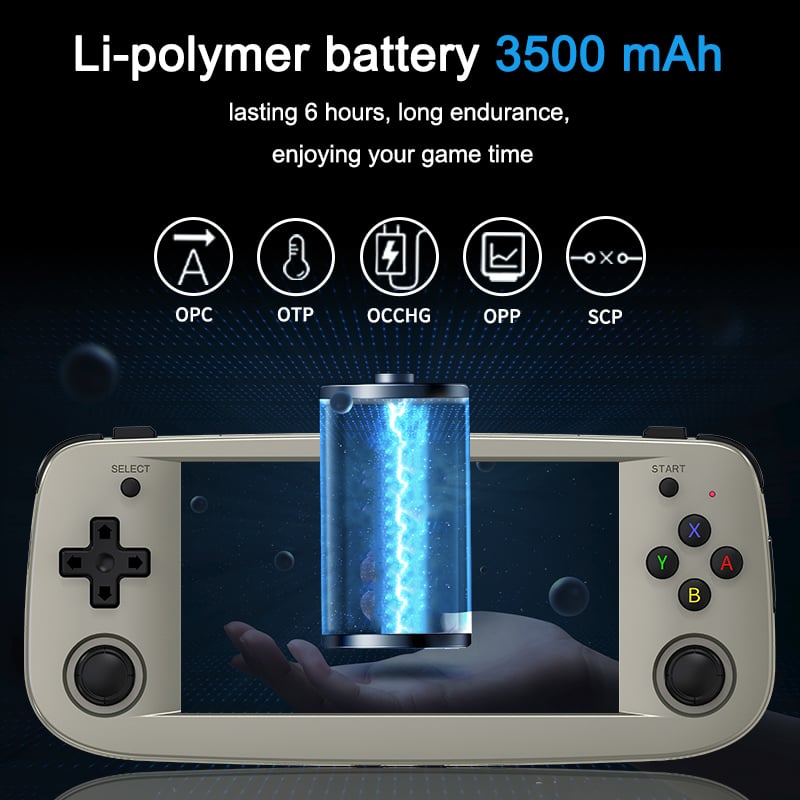 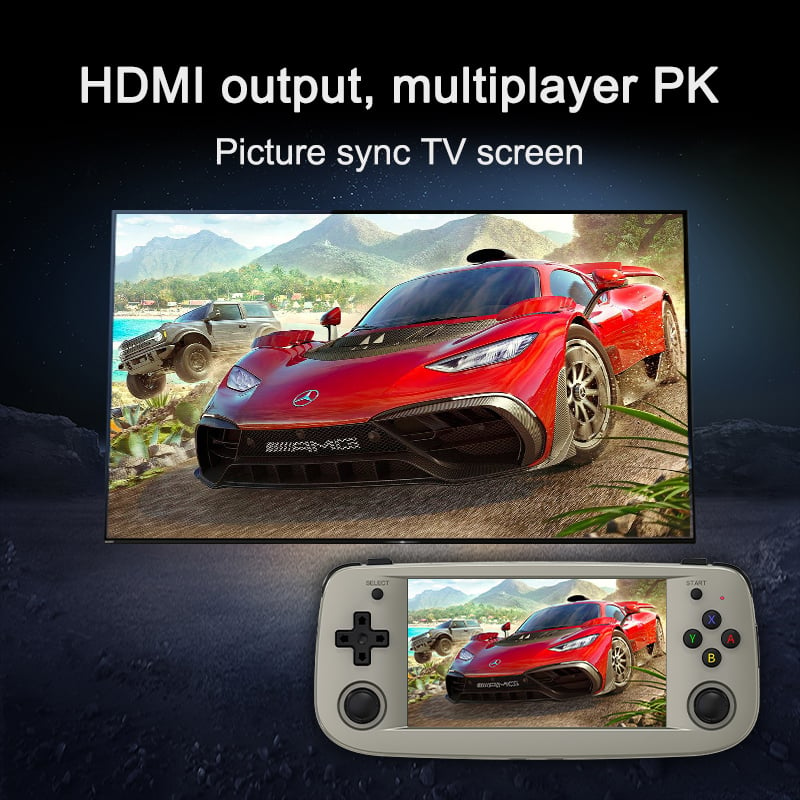 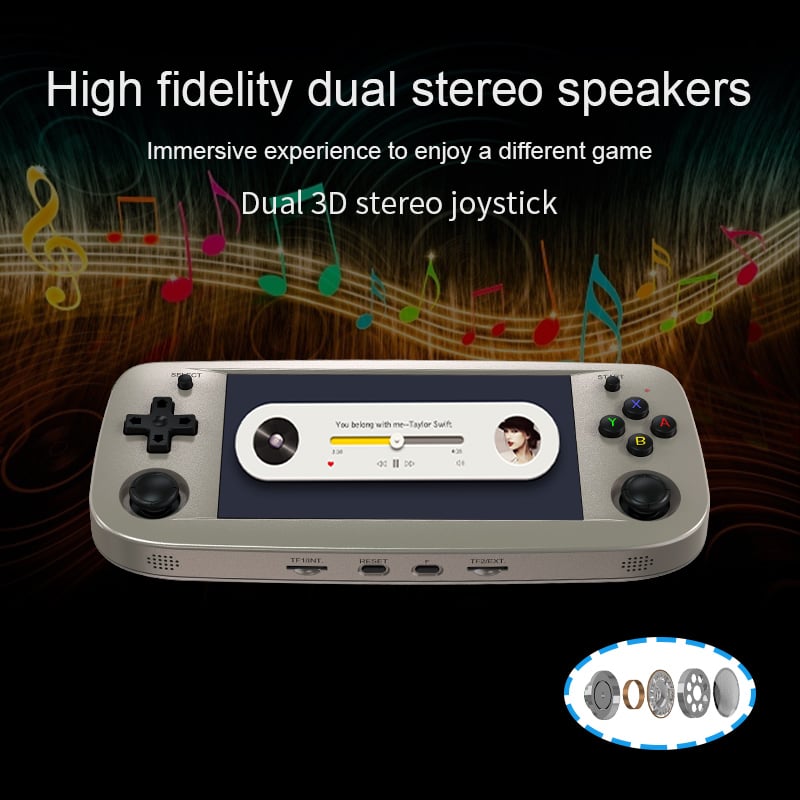 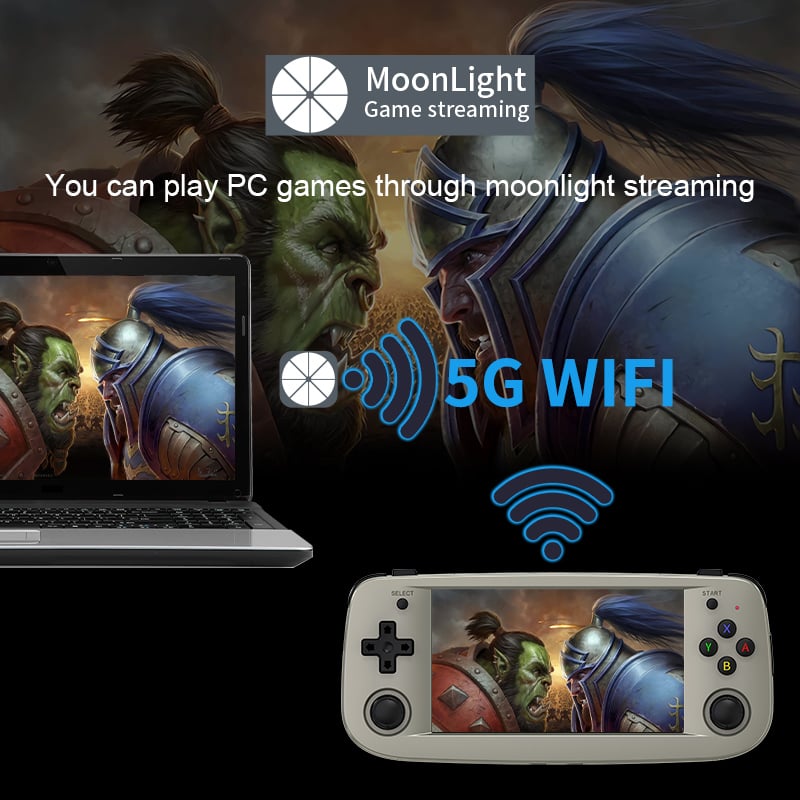 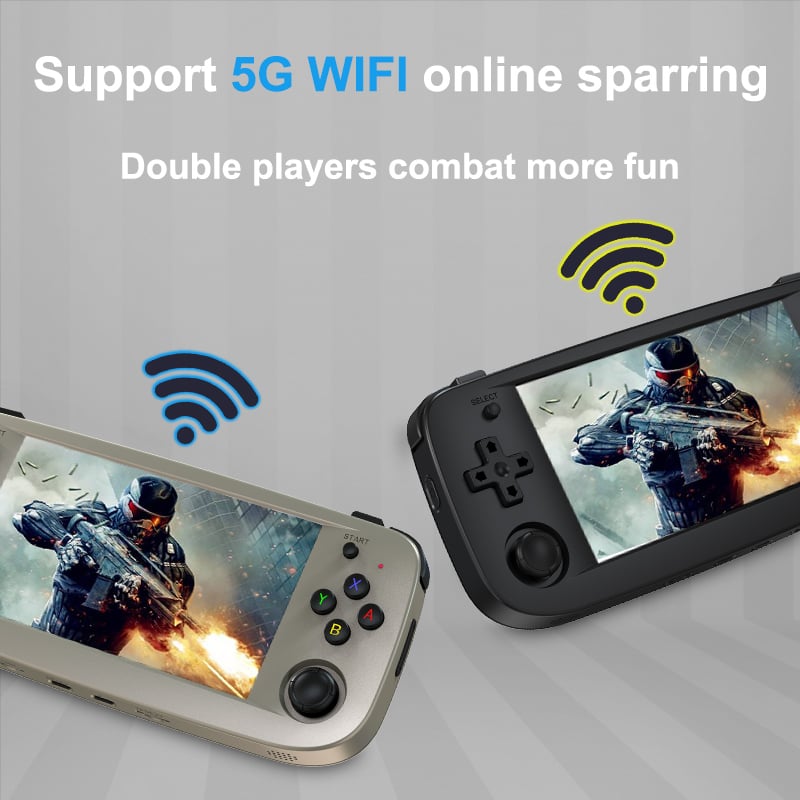 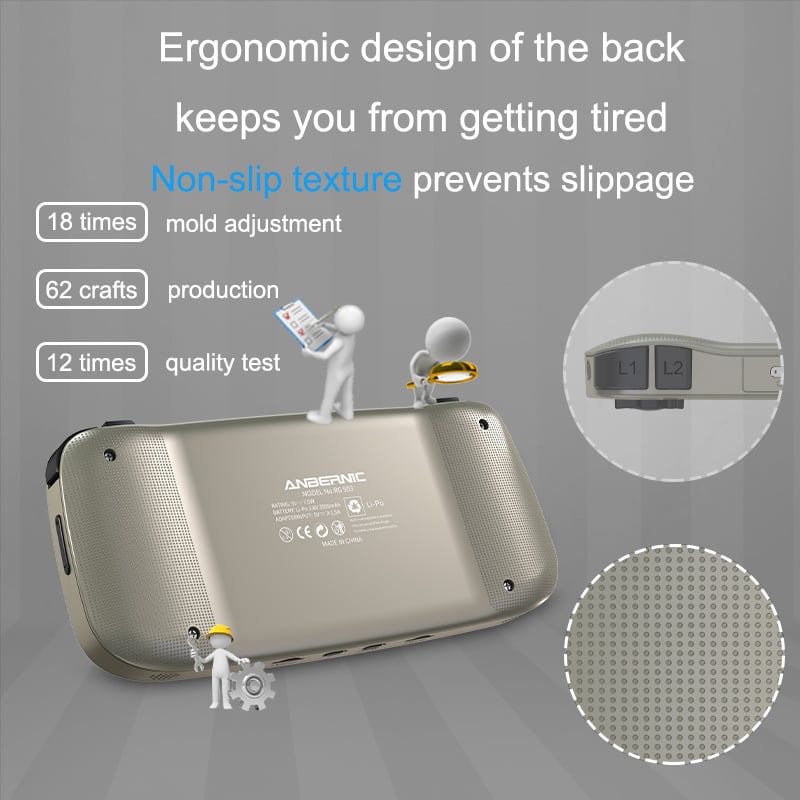 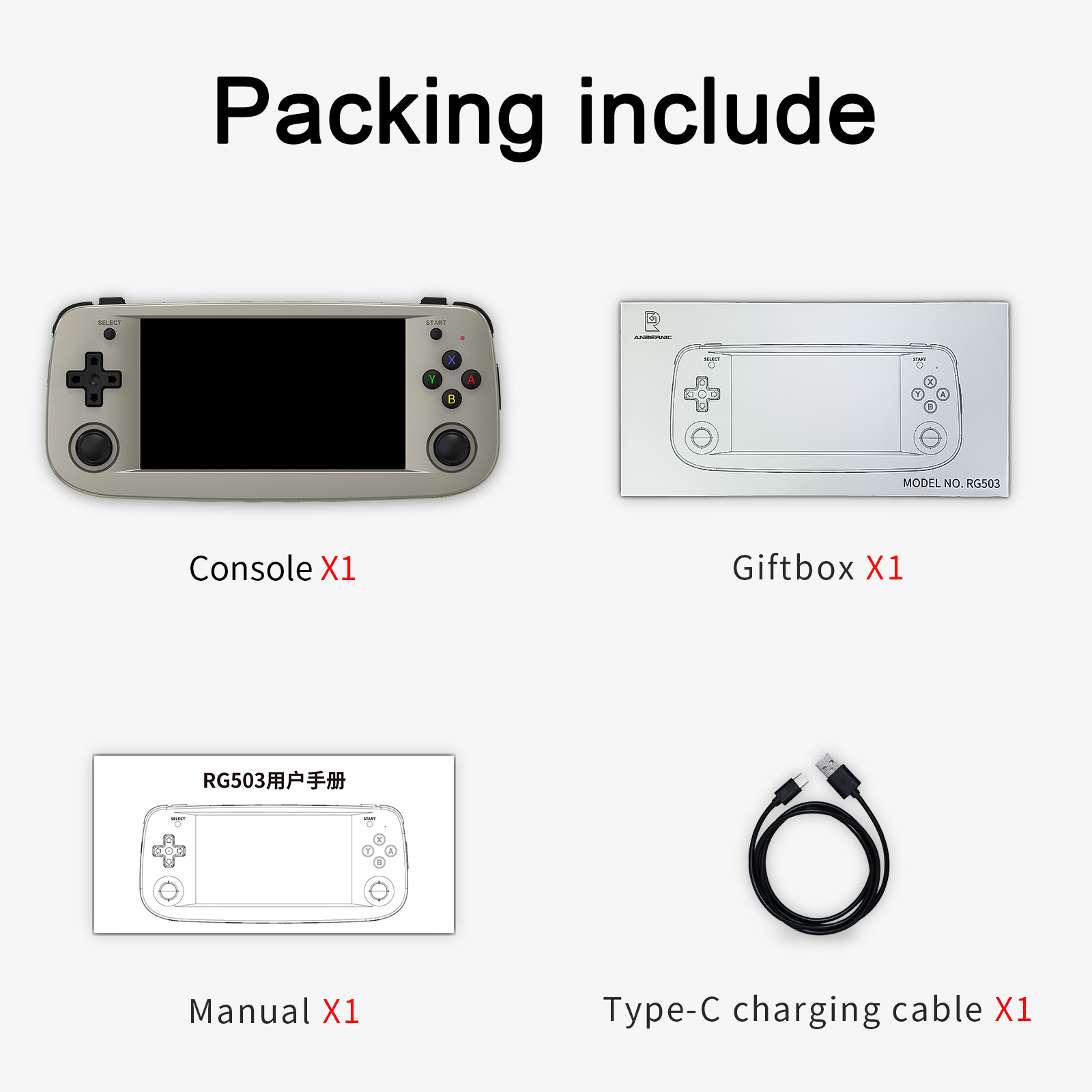