Item on backorder - Order will be shipped once in stock.

The GPD WIN 4 brings high end AAA Windows gaming wherever you are with the world’s smallest AMD Ryzen 7 6800U handheld gaming PC.

Featuring the AMD Ryzen 7 6800U with eight cores and sixteen threads running up to 4.7GHz @ 28W TDP, with the Radeon 680M up to 2.2Ghz, you can be sure to play the latest AAA Windows games on the GPD WIN 4 handheld gaming PC at playable settings.

The 6-inch H-IPS touchscreen has a 1920×1080 native resolution and supports both 40Hz & 60 Hz for configurable frame rates. This also means older games will happily run on the GPD WIN 4 handheld gaming PC and not have a rotated screen display unlike other handhelds.

The GPD WIN 4 control and design is reminiscent of the Sony PSP with dual hall sensor joysticks, classic style D-pad and linerar analog trigger buttons which feature LED lighting. There are the usual gaming buttons including two custom buttons on the back of the handheld gaming PC which can be configured.

The high-speed USB 4 port runs supports up to 40Gbps and can be used to connect external graphics cards (eGPU) to the handheld gaming PC for even faster and higher resolution gaming performance. The GPD WIN 4 also has a USB 3.2 Gen 2 for data and charging, as well as a USB Type-A port for additional peripherals.

Powering the GPD WIN 4 is a 45.62Wh li-polymer which lasts up to 10 hours light usage, 3-6 hours with moderate use and around 2 hours of heavy use.

The GPD WIN 4 is a highly portable gaming powerhouse capable of playing the latest AAA Windows games and higher end emulators. It is ideal for those on the go such as your daily work commute or while traveling. And for the ultimate in gaming, connect to it an eGPU and enjoy even faster performance on the big screen TV. 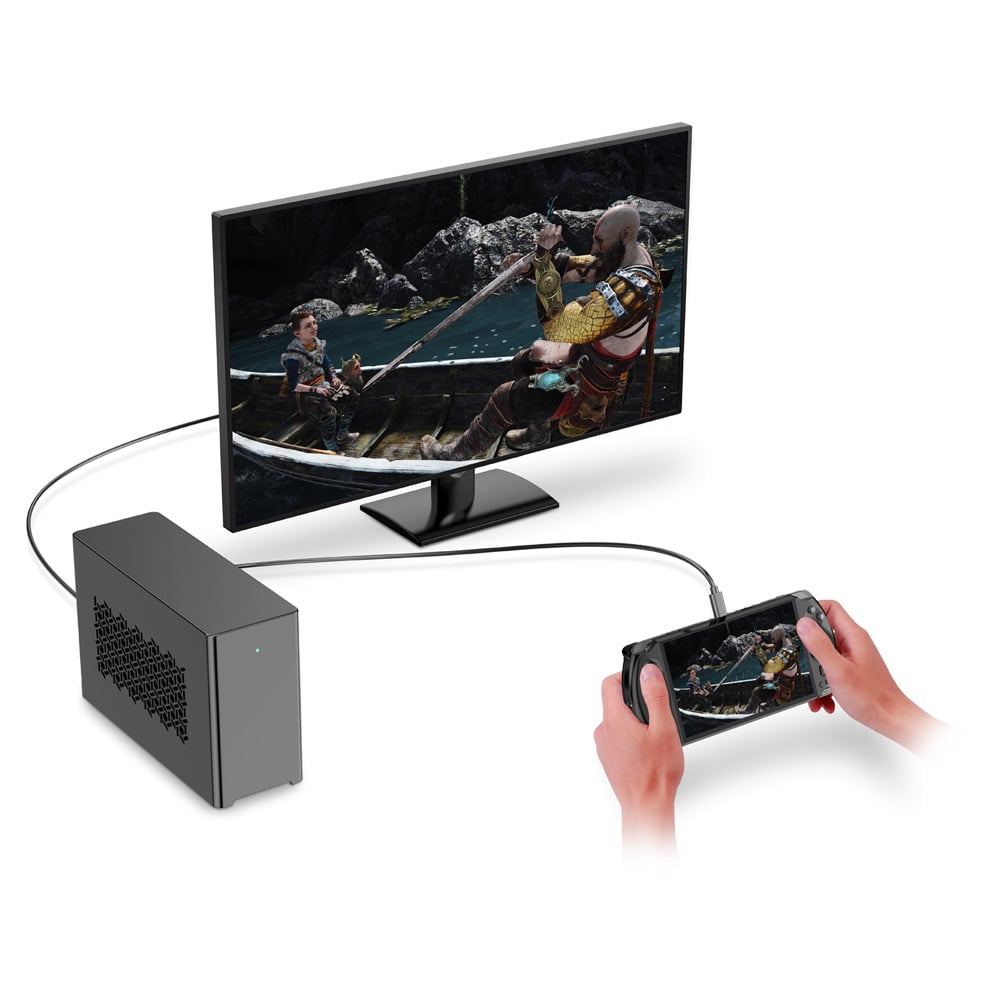